Lately we get many questions about how do we organize our trip, where we reserve airplane tickets, transportation, where do we find accommodations and so on. For many, these things seem to be very complicated and time consuming, but they are all aware that they can save a pretty bunch of money if they do this on their own and do not go to a travel agency. Well, that is exactly why we decided to trust you how our organization looks like, whether we are going to the other end of the world or just a few miles away from home.

Istanbul is a city that has a little more than others, with its unique vibe, it attracts many visitors every year who spend just couple of days in the city or even take a longer vacation. Bargaining on stalls, strolling between more or less well-known landmarks and enjoying delicious and especially affordable food – these are just a few reasons why Istanbul is definitely worth a visit.

With 115 islands, the Seychelles are definitely a dream destination for those who want to lying under the palm trees on long sandy beaches, swimming and snorkelling in a turquoise blue sea, admiring nature and generally enjoying the tranquil atmosphere that reigns on virtually the entire archipelago.

We all know that the United Arab Emirates are known as one of the most modern and fast developing countries, but at least for the moment they have forgotten about one rather important thing in their development – good public transport. However, why bother with the establishment of regular bus and metro lines, when the price of gasoline is at least half the price compared to ones in Europe. This is perfect for locals who like to drive huge and especially greedy cars.

When we planning a trip we always take care of comfortable accommodation, do a research how we will get from point A to point B, sometimes we even select where we will eat… Everything with a reason that we will enjoy our vacations without any worries. However, we forget the most essential – our health and our finances, if something goes wrong. When we travel, we are usually braver, we do different and often more adrenaline stuff, eating food we would never have tasted back home, we walk through unknown paths and we mostly do not realize that there could be anything but a pleasant surprise right around the corner… and here travel insurance comes in.

We can choose among many providers, so it is always difficult to pick the right one. Maybe you can trust our judgment and choosing travel insurance with CORIS. Why? Because they are specialized for foreign countries, have range of all kinds of offers and an additional plus – they are available 24/7. Unfortunately, we all know this words – disaster never rests.

8 things you have to take with you on a trip 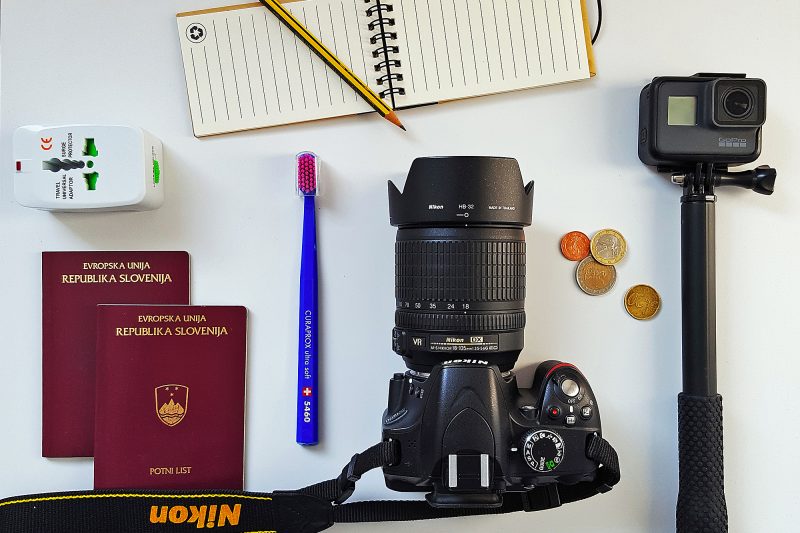 Before every trip, we write down a list of things that should be urgently needed on the road. There are of course clothes, all kind of technology, toiletries and other matters. In this part of planning a journey, most ladies faces with really serious difficulties. Anyway, which are those things you really need while traveling and you will regret, if you did not took them with you?

Every kid who enjoys playing basketball, dreams of becoming one of the greatest players of all time. Everyone wants to be like Jordan, Bryant or LeBron, but only a handful succeeded in stepping on the court of the famous halls and playing in the elite NBA league with the greatest stars of the basketball world. Unfortunately, we did not have this chance and happiness, but we can relive our children’s dreams by watching live matches. Better that than nothing 😛

Although Cuba in not exactly the destination for gourmet enthusiasts, who are impressed by the exceptionally high class culinary and Michelin stars. However, chefs on Cuba, despite the country’s closure, provide the most interesting dishes from the accessible ingredients and with a touch of innovation. Combinations of foods may not really be what we are used to, but believe us; you will lick your fingers after each meal.

Well, if we exclude resorts in Varadero, then you can forget the dishes from other parts of the world while you traveling around the Cuba. So do not waste your precious time looking for Asian specialties, modern French cuisine or fine Italian pasta. Otherwise, if we are sincere… why would you eat frogs’ legs, pasta with truffles when you can enjoy the freshly caught seafood, lobsters, beef, that literally melt in your mouth and sweet fruits with coconut, papaya and pineapple at the forefront? The offer is endless, so get out of your comfort zone and try all of those real traditional Cuban specialties. You will not be sorry!

Did you ever travel on your own? Have you ever thought about what you get in return? Our fast »brain storming« brought us to some interesting facts…

Beaches, mountains, caves, cliffs… the list of what our planet is hiding for us is never-ending. Just when you think you have seen everything, there is another surprise just around the corner waiting for you.

2. Amazement at the sight of the architectural heritage

Have you already witnessed the feeling, when a look on glorious landmark takes your breath away? We will never forget the first sensations at the sight of the Egyptian pyramids, Eiffel Tower, London’s Big Ben…! How can man build such a magnificent and massive buildings… then you think also on the hours of work done by Renaissance artists who literally bring statues and frescoes to life,… such details. Unbelievable.

error: Vsebina je zaščitena!
We use cookies to ensure that we give you the best experience on our website. If you continue to use this site we will assume that you are happy with it.Ok