Traveling during an »epidemic« is like a bag of surprise, you never know what awaits you. Will the borders be open, what documents will you need to get on board of the plane… and we could list a couple more things. Yes, no one imagined such times even in our wildest dreams. Among the destinations that may be »easier« to access, we chose Spain and their largest and at the same time the most populated island among Canary Islands, Tenerife. Due to all the uncertainties, we bought the plane tickets only 1 week before departure.

The trip did not start very promising… for the summer quite bad weather forecast, cloudy with even a little rain (although they almost do not know it), disappointment over the hotel, which promised much more, in addition to many closed bars, shops and consequently gloomy atmosphere on the main promenades. The worse the start, the better the end 😊 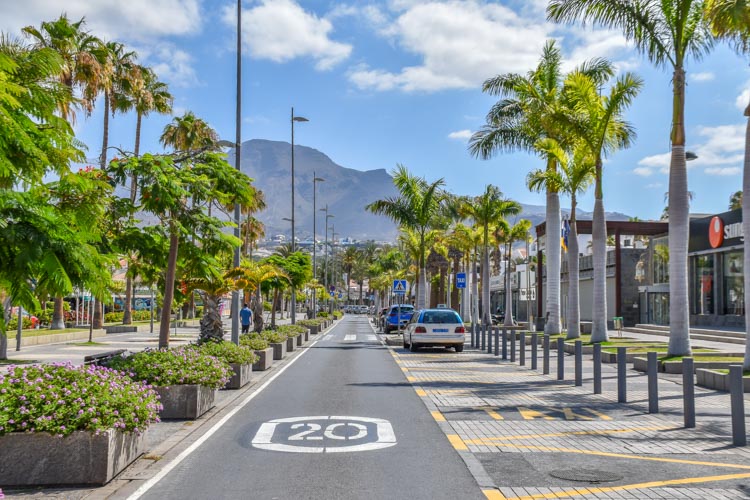 For our stay on the island, we chose the resort, tourist town of Las Americas, which is known mainly for the beach with the same name… and consequently, in these parts is also the largest selection of hotels and apartments. At the same time, it is also close to the highway and thus a good starting point for exploring the island. The diversity of Tenerife offers many opportunities for a holiday – from lounging on the beach to endless walking and climbing on many mountain trails. That’s right… on the island of Tenerife they have practically everything and can even boast with the highest peak in Spain, Teide… which is actually not a mountain but a volcano, more than 3,700 m high.

But do not panic, there is practically no need to walk. You can get to the foothills at about 2,200 m by car, and then for just under 40 euros per person, buy ticket for a cable car online, which will take you to almost 3,600 m above sea level. If you want to go all the way to the top – walking is waiting for you, but you also need a special permit, which must be obtained in advance through a specific website (if you are interested, type in Google). We were just 2 minutes to late and missed the last cable car of the day and we could only wave to it from afar, consequently, unfortunately, we did not arrive above 3,000 meters above sea level. Bad luck 🙃 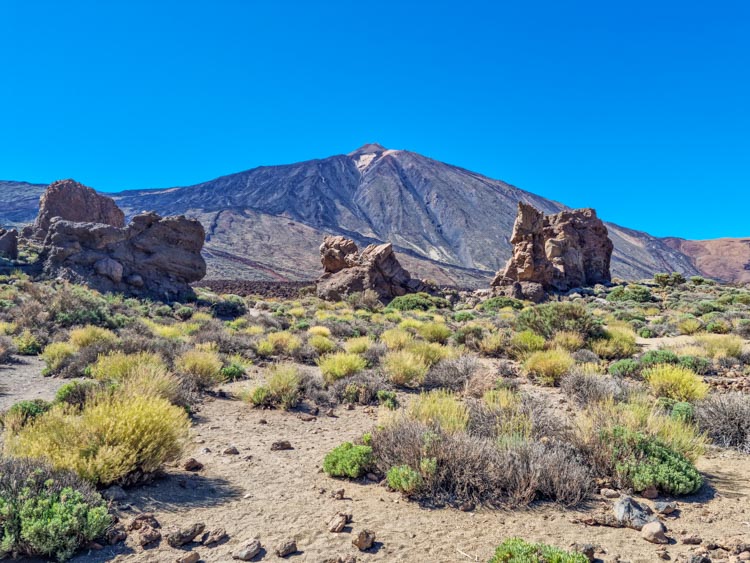 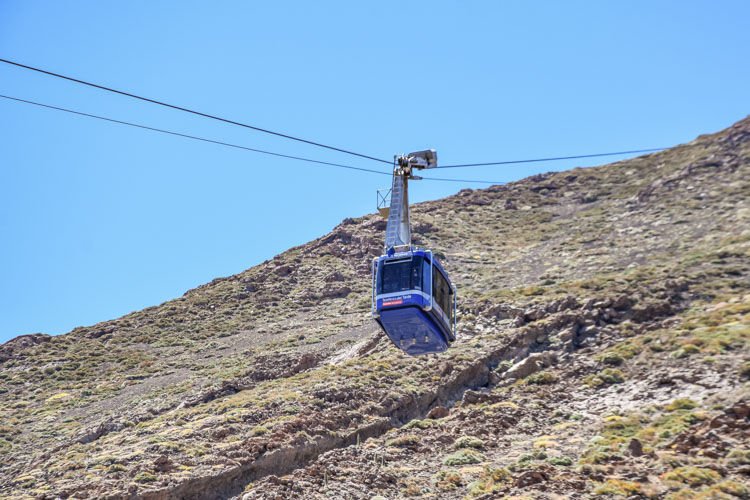 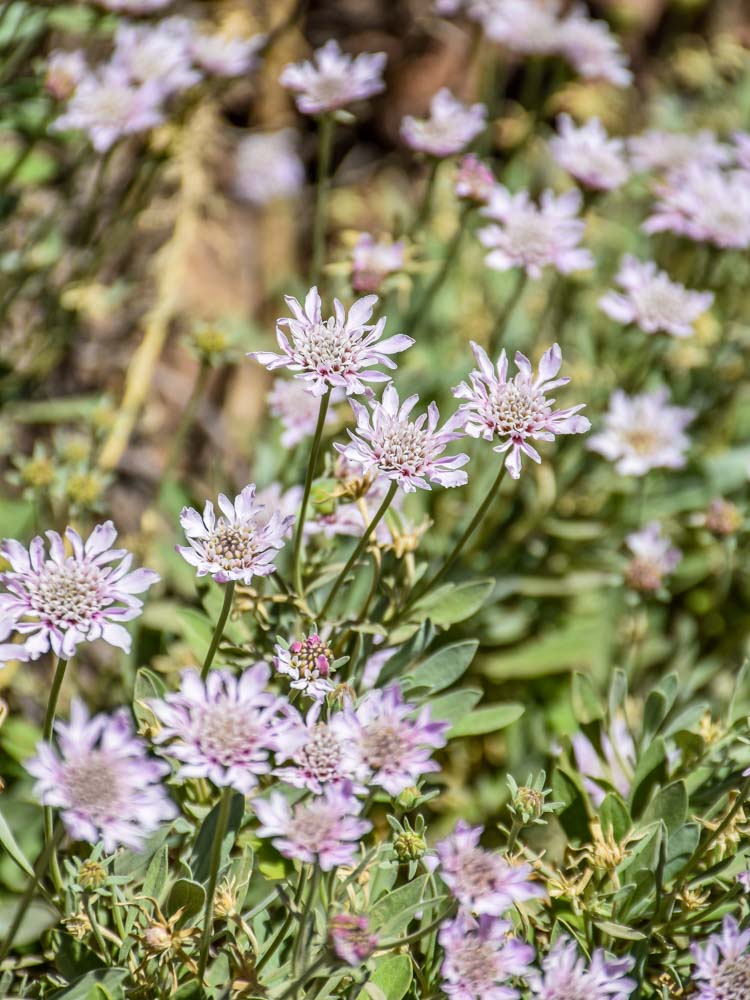 If the views in the Teide National Park do not convince you, drive to the northwest of the island. There are 600 meters high cliffs, called Acantilados de Los Gigantes. Giant rock formations that rise above the sea are an attraction you just can’t miss. Really cool thing. We were most impressed by the route with intermediate stops to a small but supposedly most beautiful village on the island – Masca, which is hidden in a narrow valley. The village is really nothing special, but the way there is extremely winding with beautiful views. Really nice! If you don’t like bends, a nausea pill may come handy. From the hills to the sea, because we are on the island 😎 We cannot pass the capital, Santa Cruz de Tenerife, where lives more than half of the island population. The main attraction in the city is certainly the Auditorio de Tenerife, a modern, unusual building that hosts many musical and other cultural events. Also nearby are Castillo de San Juan Bautista and the huge Parque Marítimo César Manrique with outdoor swimming pools. The Plaza de España is located in the heart of the city, from where you can walk along Calle del Castillo, with its many shops and restaurants, all the way to the Cooperativa Mercado Nuestra Señora De África, where you can find a variety of local products, from cheeses to aloevera creams and other typical products of Tenerife. Check the opening hours for the market before arrival. 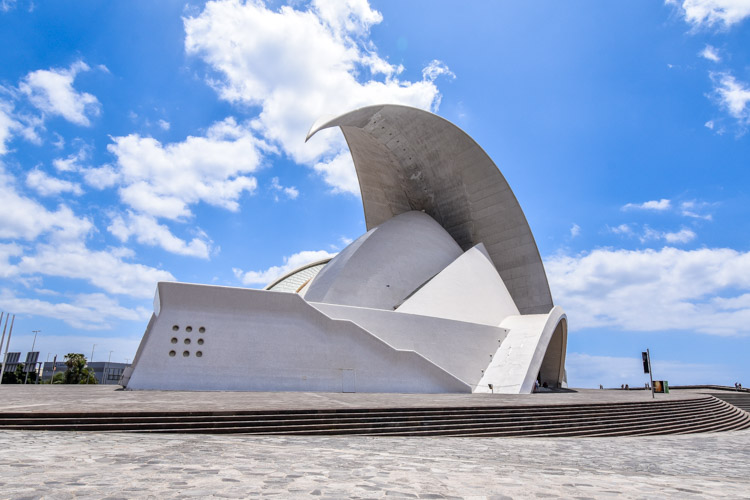 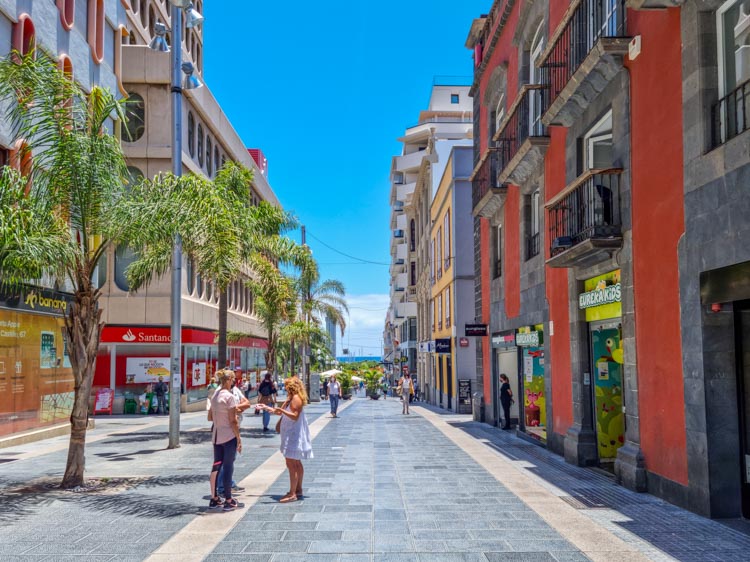 Along the coast, of course, there are many larger and smaller cities, each of them is something special. We visited Garachico, a city known for its authentic island architecture, local food and the natural pools of El Caleton, created by the eruption of a nearby volcano. They also have great ice cream, which you can find in the confectionery called Fragola 😜 finger licking good. 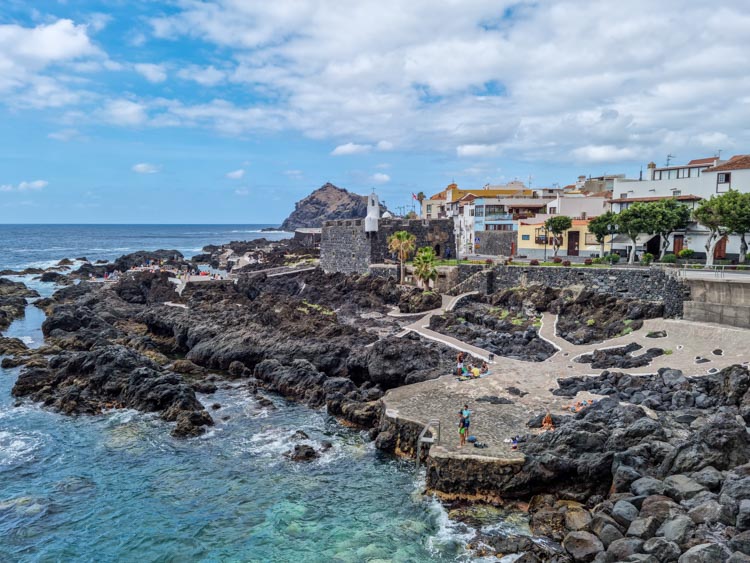 In the far north of the island is the city of Puerto de la Cruz, where most tourists go to visit the most famous zoo Loro Parque. For a relatively expensive ticket (approx. € 40 per adult) you can see a show with parrots, dolphins and even orcas, among other animals. We didn’t go to the zoo … why? In addition to the relatively high price of the entrance fee and maybe a small number of other animals, we were also deterred by some negative comments on Tripadvisor. We have no idea whether we will be sorry or not… maybe… but this may be an excuse to visit another destination.

Oops … we almost forgot about the beaches. There are a lot of them on the island and as a result it is almost impossible to visit each of them even if you want to. We were pleasantly surprised by the beach Playa de las Teresitas, which is located about 10 minutes’ drive from the capital. A long sandy beach offers everything you need for carefree enjoyment in the scorching sun – umbrellas, sunbeds small bars and much more. They say that it is supposedly the most beautiful on the island … and we just agree – we weren’t that amazed by others 😁 Of course, you can do and visit a whole bunch of things on the island of Tenerife that we didn’t point out in our post. This means that we were not impressed or did not find it worth mentioning. We quickly forget things that don’t excite us too much. Certainly, Tenerife is a destination where everyone can find something for themselves… and it is also suitable for visiting throughout the year, as the weather is much more pleasant even in the winter months than in our parts of Europe.

Oh, one more thing… accommodation! We stayed in two hotels in the Playa de las Americas area. We definitely don’t recommend the first one (on the link), but we can say a few good words for the last one – click, which is a bit further from the coast, but it’s a nice, smaller “resort like” hotel with a good breakfast, nice apartments and a cute pool. We really liked it, but if it will be good for you too, we cannot promise.

Where to travel in January