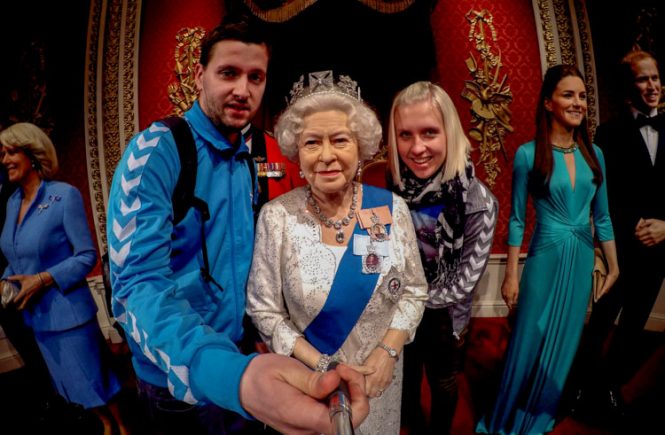 After one-hour flight delay at the airport in Ljubljana, neither the first transport in London was not meant to be. Terravision bus service, where we bought a return ticket for the transfer to the city centre, due to overcrowding, in front of our nose closed the door. After endless waiting in a long line at the ice-cold wind and after an hour and a half drive, we finally get more genuine charm of London – the crowd in one of the main railway stations, Victoria.

When you stop for a moment and look around yourself, you can feel the speed of the life. People are hurrying back and forth, from the train to the train, but despite the speed, they don’t forget the stereotypical English-friendliness and courtesy. In clusters of people you can constantly hear words like “sorry, excuse me” and similar phrases. Definitely quite a different story than we are accustomed in our country. Further excitement intensifies on the relatively narrow streets, interlaced with fast food chains ala McDonalds’, Burger Kind, Subway… and small cafes, where the lives of Londoners a little bit stops. They enjoy the moments with their friends in long chats over coffee, teas and delicious deserts. In all mentioned, you can stumble only at prices as such… for a white coffee they charged you around £ 3 (€ 4). About “normal food” in restaurants, we prefer not to talk, because the main dishes you cannot get under the £ 10. Yes, according to our experience, their lifestyle is at extremely high level. 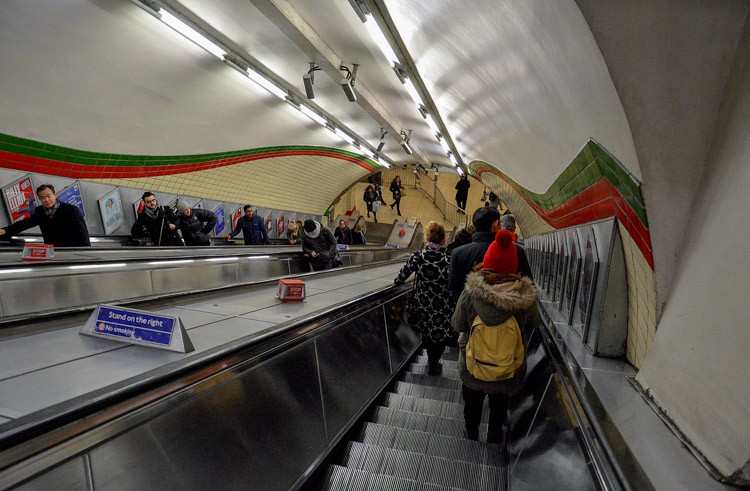 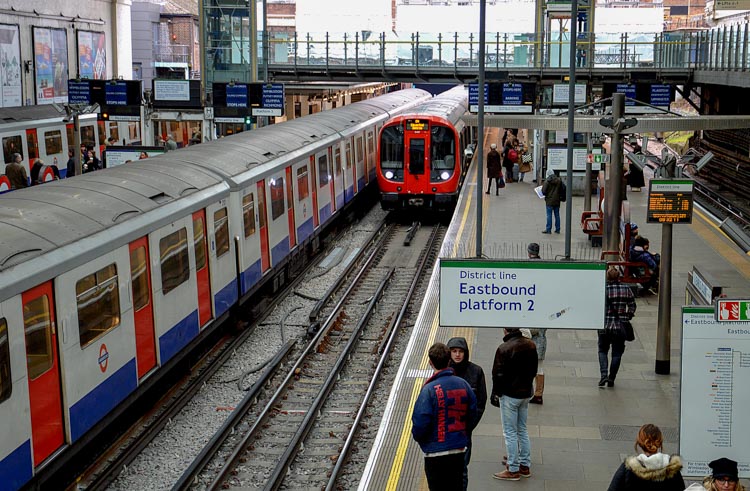 For transportation around London, we recommend the subway. We made a quick review on map of lines already at home, because at first glance this thing seems terribly complicated, but fortunately with the first drive, all together become child’s play. Stations are clearly marked, on trains they always warned you in which line you are at the moment and when you need to cross or agrees. For the use of subway, trains and buses you need the Oyster Card, which works on the principle of “pay as you go”, in other words, you prior upload money onto the card and spend it for each drive separately. Fare is £2,30 and £ 2,9 in the main peak of the day (between 6:30 to 9:30 and 16:00 to 19:00). To use of the card, you pay £ 5 deposit, but by the end of the trip, you get that money back. 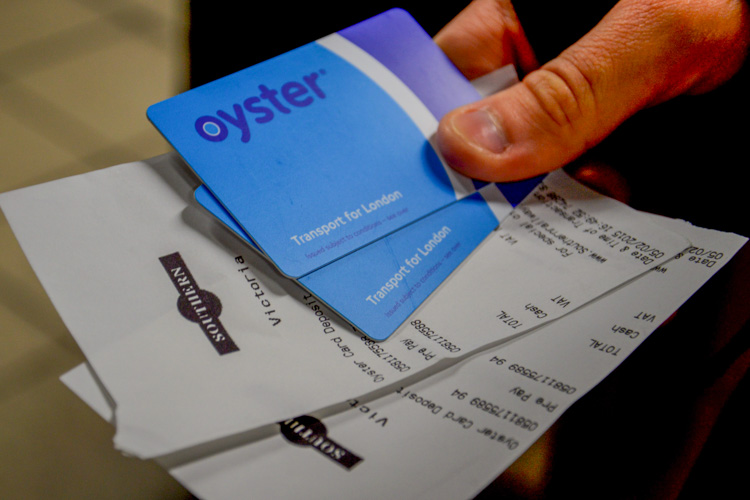 Of course we cannot forget the main, world-famous attractions, on which during your stay in London, definitely you cannot let go. We reallocated them to specific districts or parts of the city, because you can save the money for the subway tickets and the time that would be otherwise wasted to mindlessly walking back and forth. The first day we take slightly longer walk tour across Hyde Park past Kensington Palace, the former royal residence and all the way to the famous, but sinfully expensive wax museum, Madame Tussauds. For many, this is one of the most overrated attraction in the city, since they charged you £ 30 for the ticket. Given the fact, that on that day, there stayed all the world’s famous people (wax), we do not regret the visit… we really cannot cancel the selfie with the Queen.

After that we took a walk on Oxford Street – the most famous and must crowded street in London, where we can find hunderds of more or less prestigious shops – where we were just looking and saving our money for later. It was hard 🙂 This day we were literally overtaken by time. We missed our planned lunch on Berwich Street Market, where all world cuisine are intertwined, and managed to catch only the evening image of Piccadilly Circus. The junction known more after the illuminated billboards than fashion and glamour, as describing in some pages on the internet… at least in our view. 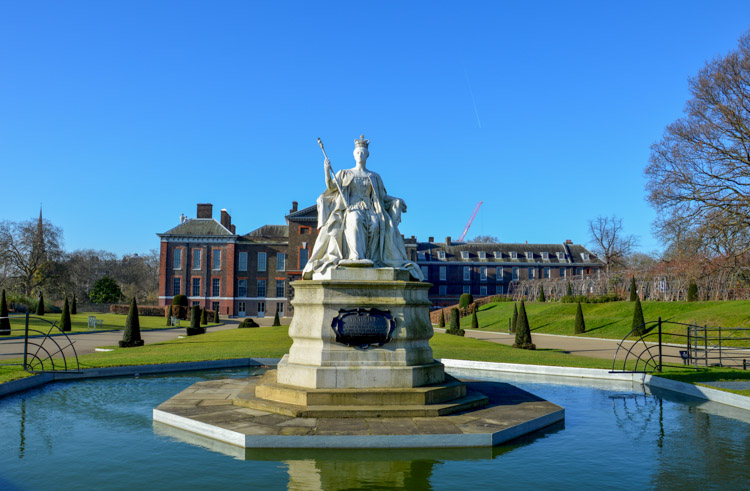 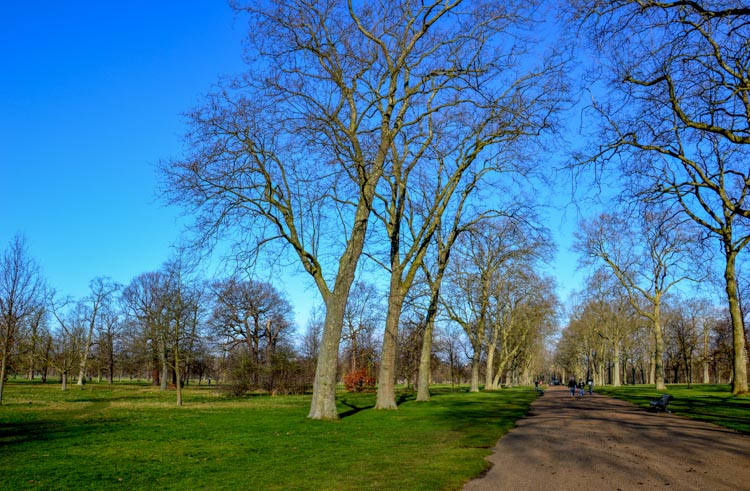 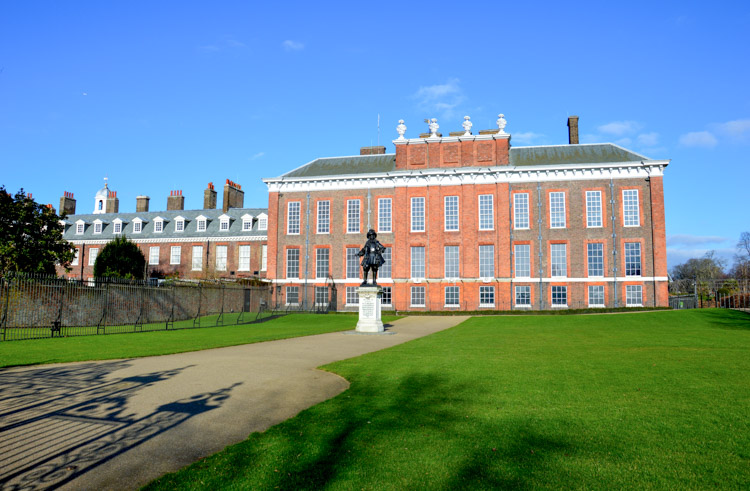 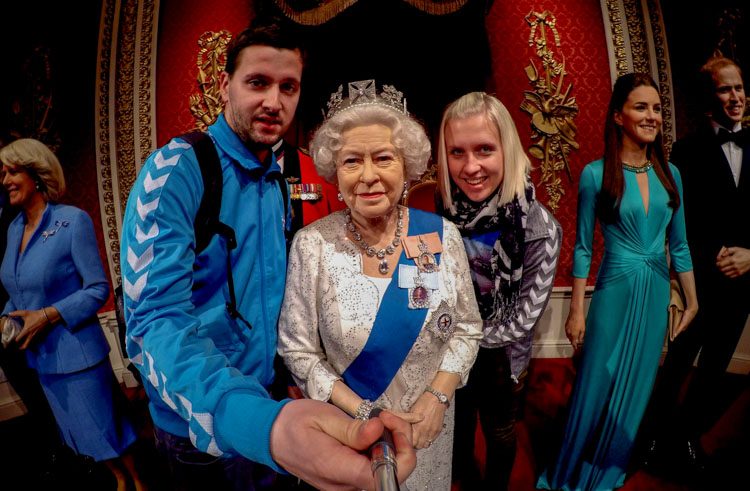 Surely each one of you ever heard of famous royal guard in England, soldiers with high black furry hats that are marching in line and protect the queen against villains. Changing of the guard takes place in front of the Buckingham Palace on every odd day of the month, at 11:30 and lasts for exactly 30 minutes. Event watches the enormous numbers of people, so you can get a space in the first row only with your elbows or very early arrival on the scene. Event is really exciting. 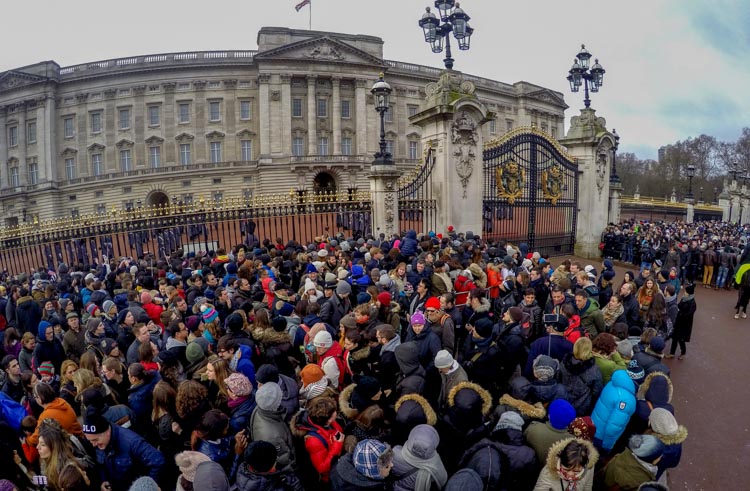 For art aficionados, the real address is Trafalgar Square with the magnificent National Gallery. People slowly walks from image to image and marvel over the accuracy of artists, among them are some world famous painters. You can view apparently even Van Gogh’s Sunflowers, but to there we didn’t come. Galleries are not exactly in our taste. It was much more tasty the thinnest, smallest and most expensive pizza in our life in “Little Frankie’s” restaurant 🙂 but hunger and ambience of the restaurant itself with American and Italian specialities offset their own. 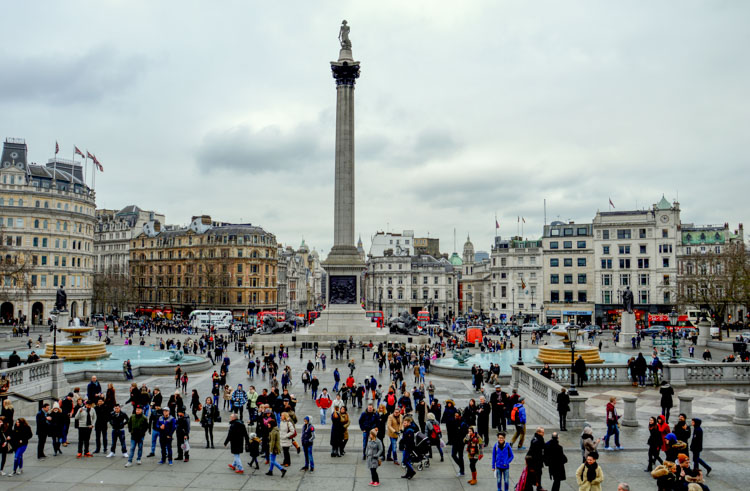 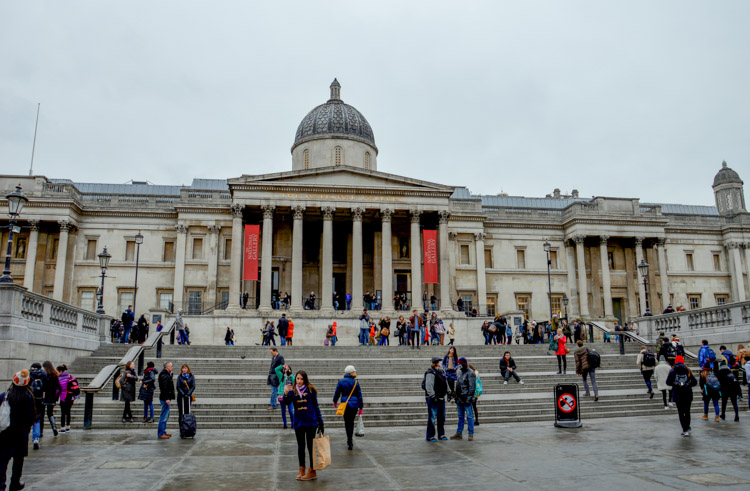 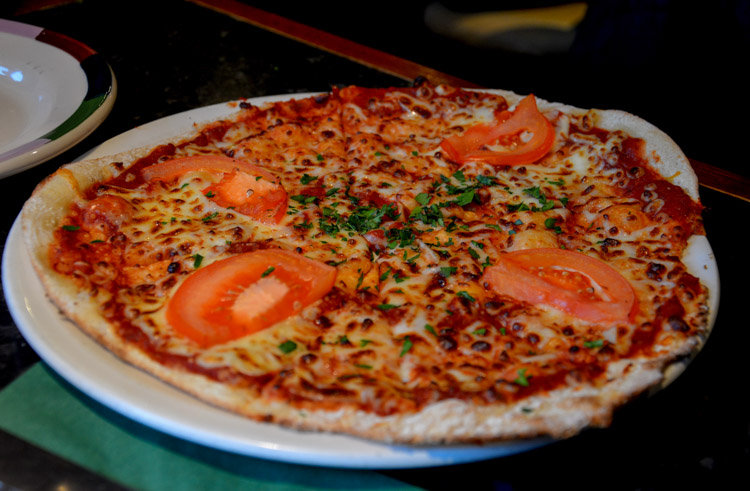 As a cherry on the top of the cake, the last visit attractions were Big Ben with Westminster Abbey, the London Eye and Tower Bridge. Big Ben or official Elizabeth Tower is a huge tower with a giant clock with a diameter of 7 meters – icon, which you’re seeing in many movies, but when you see it live, his specialty takes a breath. Tremendous “wheel” or the London Eye, is located on the bank of the Temza river and in its glass capsules daily carry thousands of tourists. One round lasts 30 minutes and costs £ 15. 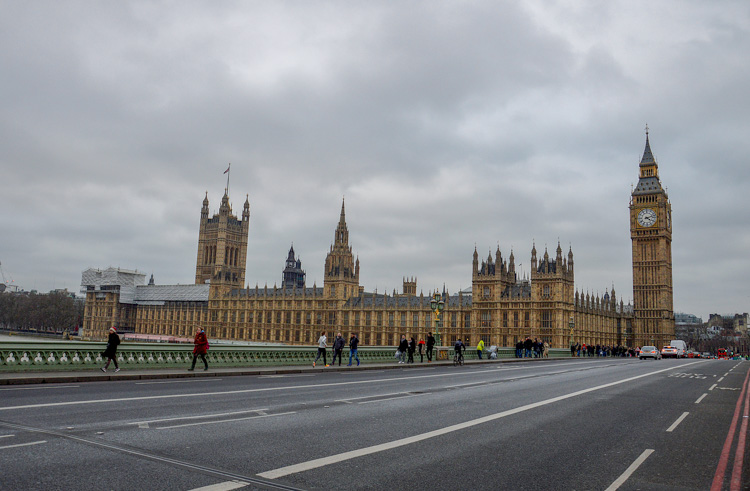 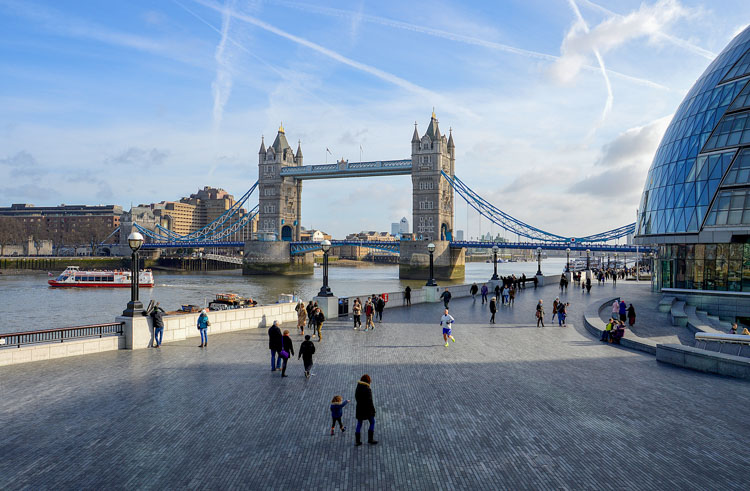 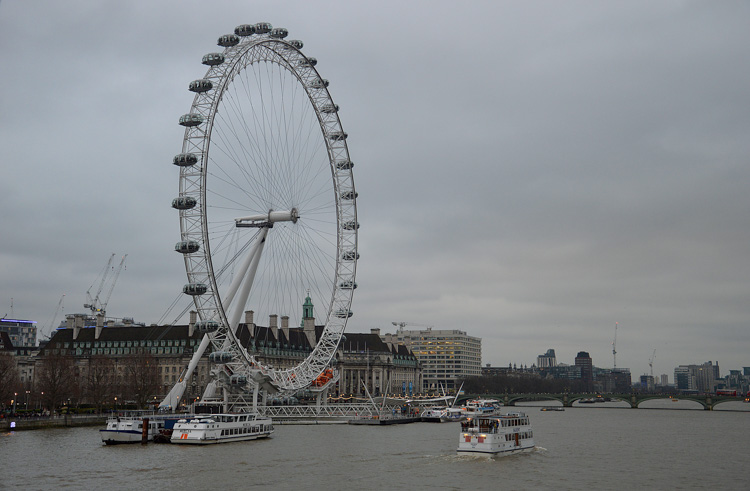 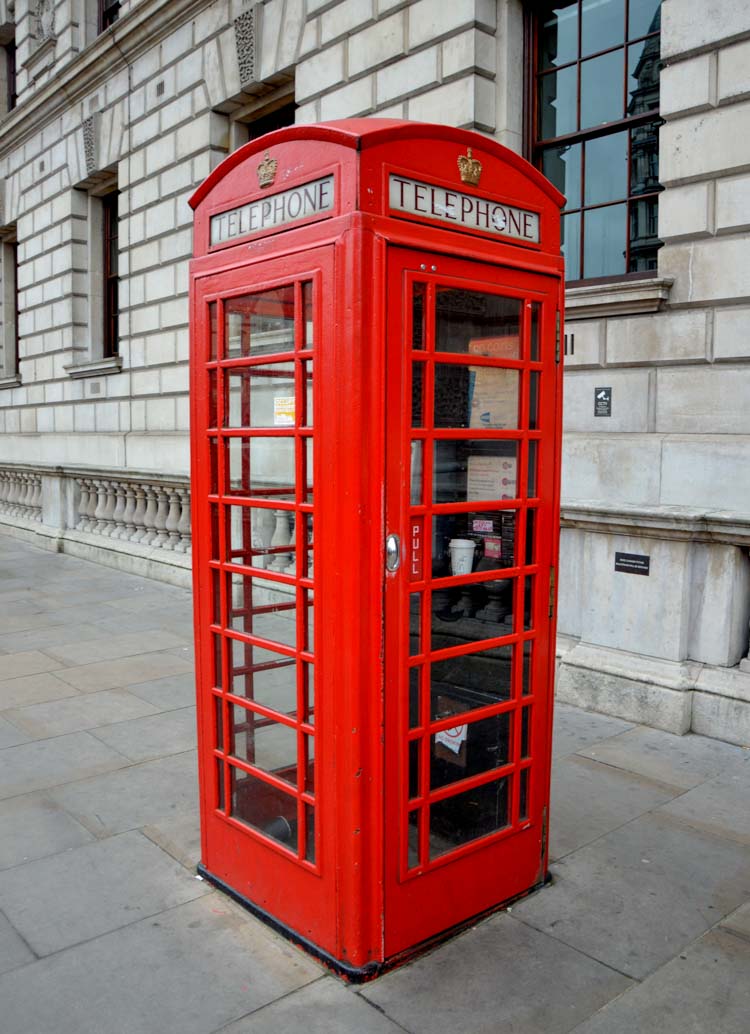 The remainder of the last sunny day we spent in a huge park of Greenwich, a few kilometres away from the city. Time there slightly slows, people enjoy walking and playing with their children and pets. Above the park, on a small hill is the Royal Observatory, which runs past the prime meridian. 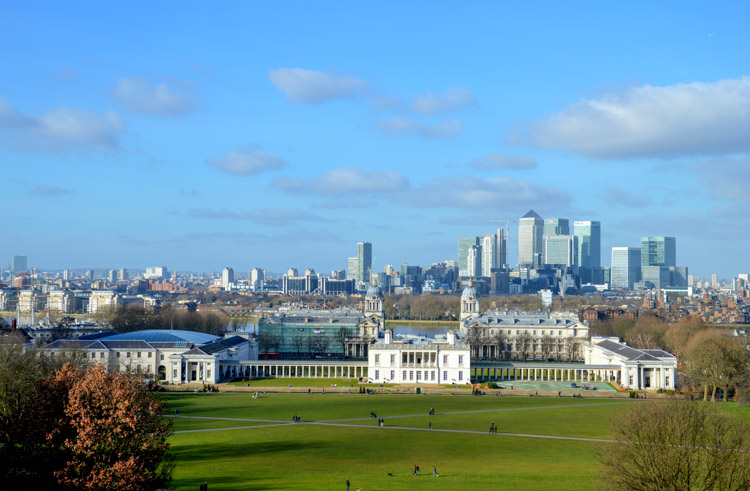 We believe that for English people considered almost every stereotype you hear when the words starts about the inhabitants from the island. They are extremely polite, hospitable and each of them will offer you help before you even ask for it.

Where to go in December