Over the Atlantic Ocean: UNITED STATES OF AMERICA

Itinerary: US West Coast
The United States are not just megalomaniac cities and concrete jungles, which we know from various films… There are also many beautiful national parks, deserts, small cozy villages and much more. It may seem that America has become our place to be – in two years; we visited it for
- preberi več -

From the nature to the city of celebrities, Los Angeles
From national parks and beautiful nature back to »civilization«, into the vast cities of the West. First things first, after the Grand Canyon tour, we drove to Williams, a small town known for the legendary Route 66 – a road that connects the whole America, from Chicago to Los Angeles,
- preberi več -

Stone wonders of the Wild West
After we spent two nights in Las Vegas, we continued our roadtrip across the United States. First we made, one quick turn. We drove to Hoover Dam, a 200-meter high dam that stands on the border between the two states, Nevada and Arizona. For over 100 years, this huge technological
- preberi več -

Across Death Valley to the city of sins, Las Vegas
We rented a car for the first time in our travel career. We booked it in advance through the website billiger-mietwagen.de. Special thanks goes to Google translate for the translation from German language, because in other word we very likely would not have a clue what kind of car would
- preberi več -

Prison, Chinese people, sea lions, bridge… San Francisco
It is better to sit 15 hours on a plane than 8 hours at work, behind your worktable… do you agree? Well, let us first provide you one quick and useful information for everyone who will soon be heading to the city of North California. From airport in San Francisco,
- preberi več -

Roadtrip across the US West Coast
What do you get if you mix holiday, transatlantic flight, national parks, apple pie, fast food and rent-a-car? Roadtrip along the west coast of the US! Yeah, we are going back to America again 🙂
- preberi več -

NBA game or when child’s dreams come true
Every kid who enjoys playing basketball, dreams of becoming one of the greatest players of all time. Everyone wants to be like Jordan, Bryant or LeBron, but only a handful succeeded in stepping on the court of the famous halls and playing in the elite NBA league with the greatest
- preberi več -

In search of the US president, Washington
We cannot really get past the capital cities on our travels, so we also succumbed to tradition in United States. We went to Washington, and of course took the opportunity to knock on front doors of the White House to greet president and the first lady. We probably do not
- preberi več -

Concrete jungle beyond the Atlantic, New York
City of all cities, New York! We finally visited gigantic metropolis on the east coast of the United States… We landed at Newark Airport, in neighboring New Jersey. If you are skilled in the use of public transport, you need to take AirTrain to the Manhattan, which leads straight to
- preberi več -

New York, New York!
To America, second time this year? Why not! At the beginning of the year, we were on divine Cuba, but this time we are returning across the Atlantic slightly more north, to the United States, to a city that never sleeps. Town’s skyscrapers are a perfect scene for thousands of
- preberi več -

The rhythm of salsa: CUBA

Cuban Cuisine
Although Cuba in not exactly the destination for gourmet enthusiasts, who are impressed by the exceptionally high class culinary and Michelin stars. However, chefs on Cuba, despite the country’s closure, provide the most interesting dishes from the accessible ingredients and with a touch of innovation. Combinations of foods may not
- preberi več -

Canceled flight, extended vacation and gorgeous resort in Varadero
We saved best for last, it was so good, that we stayed two extra days, but about this later 🙂 22 kilometers of beautiful sandy beach, which stretches across the entire length of the peninsula on the north side of the county, is the main reason for visiting Varadero or
- preberi več -

Santa Clara – Hasta la Victoria Siempre
Well, here it is, our beloved and faithful companion, rain. With each passing mile from Trinidad to Santa Clara was getting more darker and in the end the rain finally caught us when we were walking to our casa. And no, it wasn’t just a quick shower, but it rained
- preberi več -

The national sport in Trinidad
From the coastal Cienfuegos, we again took a taxi and went to the most eastern point of our journey through Cuba, Trinidad. Oh, no worries, this time the drive was far more humane than the last one 🙂 A small town founded in the mid-19th century on the riches, brought
- preberi več -

700 km with 60 years old car to Cienfuegos
After several attempts to book a bus from Vinales to Cienfuegos, we give up and choose a taxi. We were so surprised by a price that we did not even negotiate at all (32 CUC per person, which is 2 CUC less than a bus). We should hit the road
- preberi več -

Drink coffee, light a cigar and wash all down with a rum, Viñales
After three days in Havana, we went to the countryside, away from the city bustle. More specifically in a small town or rather the greater village called Viñales, which is just around 200 km or 4 hours drive from Havana. When you will see two rocking chairs in front of
- preberi več -

Havana, from revolution to salsa, mojito and chocolate!
What is the best thing to do after a 12 hours of sitting on a plane? Take a hot shower.. well, even the cold would be great, but we didn’t get any of this in Matanzas. Such a bad luck for us.. just when we arrived, they had a problems
- preberi več -

Hey, we are going to Cuba
New year, new journey, a new continent and a new country! This time we will use our time machine and travel back for a several decades. We’re going to the largest island in the Caribbean, where you take a ride with »carriage« instead of a taxi, rather than staying in
- preberi več -

Don't forget to watch the video... 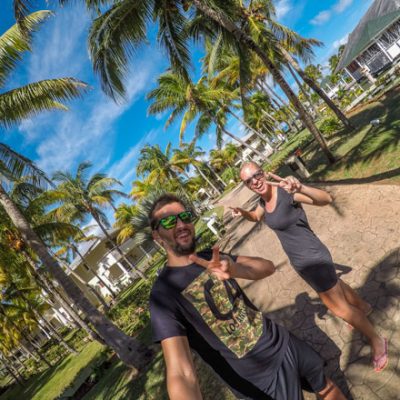 The main part in this tea story play the tea picke

If any of your friends and family are self-confess

We think that it's about time to slowly close our

Did you ever take a ride with tuk-tuk? On Sri Lank

They all wanna be on a picture - children in Sri L

After all the music, dance and rum, there's always

This error message is only visible to WordPress admins

error: Vsebina je zaščitena!
We use cookies to ensure that we give you the best experience on our website. If you continue to use this site we will assume that you are happy with it.Ok